Our area has many wonderful people doing great things.

We love to highlight people and organizations that deserve attention. 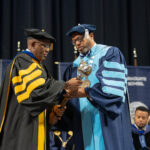 Dr. Brian O. Hemphill was inaugurated as the ninth president of Old Dominion University last week amongst much pomp and glory. Hemphill has an extensive background in higher education. He has served in administrative roles at the University of Arkansas-Fayetteville, Northern Illinois University, West Virginia State University and Radford University. In his speech, he … END_OF_DOCUMENT_TOKEN_TO_BE_REPLACED

More than 140 engineers and scientists from 23 countries convened in Newport News for a workshop presented by Jefferson Lab on how to keep their operation running smoothly. Ken Baggett, Head of the Department of Electrical Engineering Systems at Jefferson Lab, said the engineers came from countries such as Germany, Japan, Sweden Australia and Spain. Jefferson Lab is a … END_OF_DOCUMENT_TOKEN_TO_BE_REPLACED 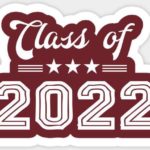 The school division’s on-time graduation rate increased from 94.5 percent in 2021 and has increased significantly from to nearly 73 percent in 2008. During the same period, the dropout rate decreased from 12 percent to less than 1 percent in 2022 according to data posted by the Virginia Department of Education. The Class of 2022 faced the unexpected closure of schools … END_OF_DOCUMENT_TOKEN_TO_BE_REPLACED 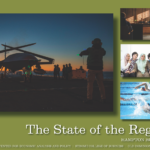 When it comes to the state of Hampton Roads and the Peninsula in 2022, the reviews are mixed. The State of the Region was presented by the Virginia Peninsula Chamber of Commerce and Dragas Center for Economic Analysis and Policy in the Strome College of Business at Old Dominion University. The director, Professor Robert McNab, said when it comes to whether Hampton Roads is … END_OF_DOCUMENT_TOKEN_TO_BE_REPLACED 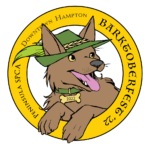 Barktoberfest is a festival celebrating all things dog and more. The event will be at Mill Point Park in Hampton on Oct. 8 from noon until 6 p.m. It will feature the band Lost Soul Society, who describe themselves as a “funky, Reggae, Rock band.” In addition to music, there will be the Bow-Wow Beer Garden and craft brew tastings. Games include costume contest with … END_OF_DOCUMENT_TOKEN_TO_BE_REPLACED